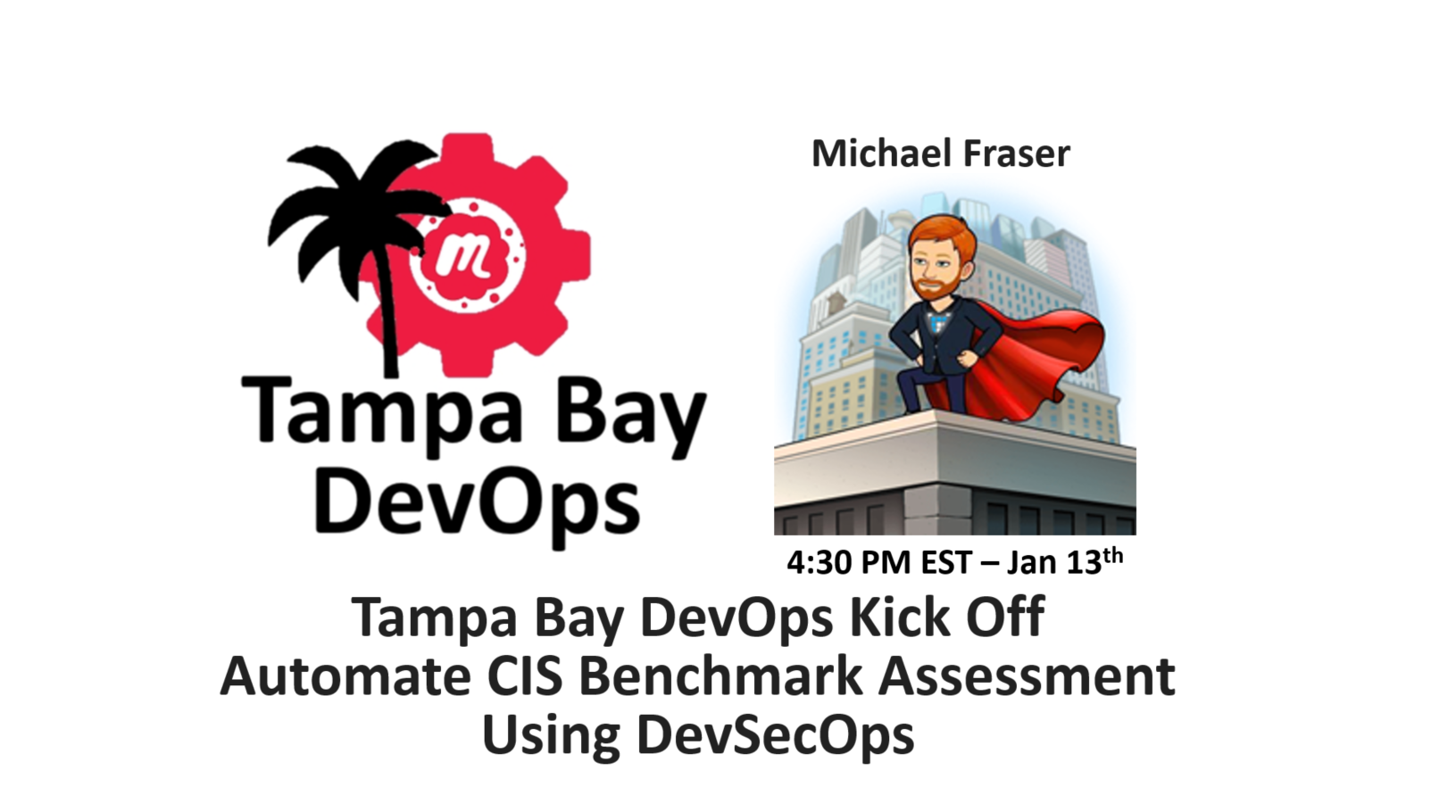 Were kicking off 2021 with a lot of great content and what better topic to start the year off that is aligned to Security. Hope to virtually see you in the New Year.

Event will be virtual and we will be raffling off a $25 gift card to one lucky attendee.

Description
In today’s regulatory environment, organizations must stay on top of compliance requirements while modernizing to cloud-native Kubernetes, mitigates against security breaches through continuous automation. Organizations are using Center for Internet Security’s Kubernetes Benchmark for assessments, and that does not need to be a manual process. Building DevSecOps pipelines that assess and remediate is essential for every organization who wants to build security into their DevSecOps CI/CD pipelines.

Speaker
Michael Fraser is the co-founder, CEO and chief architect at Refactr. Mike started his career in the United States Air Force working on F-15 fighter jets weapon systems and later as a cybersecurity engineer. While on active duty, Mike started his first company when he was 19 years old; a retail computer repair store. Mike has since founded multiple tech companies and is a regular speaker at numerous industry events, including CRN, various Microsoft events, RedHatAnsibleFest, DevOps Days, and All Day DevOps. He has published several feature articles including in Redmond Channel Partners, and appeared on the cover of Channel Pro Magazine. Mike aspires to be the world’s coolest dad for his 5-year-old autistic daughter. In his spare time, he is creating an augmented reality app to help autistic children communicate better in social situations. Mike earned a bachelor’s degree in application development from North Seattle College and has a master’s degree in computer science from Seattle University.